Wiring the basement, one of the funnest projects that finishing a basement requires. Make no mistake, this is no small project and it will test your basement finishing perseverance. But if you commit to wiring your basement yourself, you will be rewarded with a completed project that required both creativity and ingenuity.

I like to consider myself a YouTube-licensed electrician, and I was able to wire my entire basement outfitted with 7.2 surround sound speakers including a second zone in the workout room, CAT5e in every room, coax in every room, in-wall PVC pipe, multiple standard plugs and switches, one 4-way switch, one switched outlet, one fan, exhaust fan for the bathroom, smoke detectors, recessed lighting, lighting with dimmers, and wall sconces.

The only electrical project I did not tackle myself was tapping into the main line and installing a new sub-panel for all the basement electrical runs. I would recommend a dedicated sub-panel in your basement for a few reasons, but we’ll get into that in a bit. First let’s chat about some wiring basics and a few initial decisions you’ll want to make. 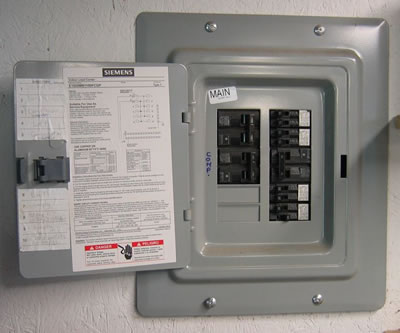 First things first, you’re going to need power in the basement. Your first decision will be deciding where to draw that power from. Chances are you’ve got an existing subpanel somewhere in the house. You can either make your “runs” to that existing subpanel or you can install a new subpanel. Here are the questions I would ask myself about your existing subpanel:

If the answer to both of those questions is yes, then you should be safe using your existing subpanel. I decided to go another route and have a new subpanel installed in my basement. I went this route for a few reasons:

Benefits of a Basement Subpanel

At the end of the day I really wasn’t comfortable tapping into the main electrical line to install a new subpanel, so I hired out the work which only took a few hours. I was left with a brand new subpanel in the basement which I felt was ultimately cleaner and easier for me to tackle than the existing subpanel.

There’s a lot to grasp when it comes to wiring, and I was ultimately overwhelmed when I started thinking about the project. I had no experience whatsoever with wiring when I first started. YouTube became my best friend and I’ll share some of my favorite videos with you on this page. The truth is that once you understand the basics of wiring it becomes more of a creative project than anything else. You’re left making decisions about where you might want wall sconces, do you want a fan in this room, are you going with dimmers? It really becomes a simple task and you’re left making some funner decisions.

I’ve mentioned electrical “runs” a few times in this post. The definition of an electrical home run is:
“…a wiring run that is not branched from another circuit or wiring run, but that connects directly to the building’s main electrical panel.”

In essence, this is the starting point for understanding what it will take to rough in your basement electrical. When you can understand how a run works everything starts to make a little more sense. For example, I have a total of 6 electrical runs in my basement. Those 6 runs are as follows:

You may be required by code to put your bathroom on a dedicated run, as the bathroom will require a GFCI plug, or a ground fault indicator. That’s the plug with a green LED light on it. It’s also best practice to use #12 gauge (20 Amp) wires for plugs, so let’s talk about wiring gauges and what they mean. 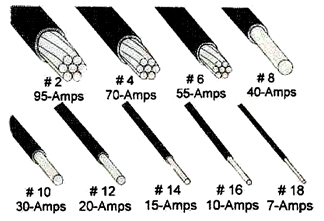 In my basement I used two different wiring gauges, #12 and #14, which deliver 20 and 15 amps respectively. The smaller the gauge the larger the wire, hence the more amps it can deliver to your electrical run. Inspectors like to see #12 wiring used for plugs because they can handle a larger load and are less likely to pop your breaker or cause issues.

Another important note on wiring gauges is that it’s against code to switch gauges in the middle of a run. For example let’s say I wire my bedroom plugs with #12 gauge wiring. I then make a run from one of my plugs up to the light switch. Because #14 gauge wire is thinner and easier to work with, why not just use #14 to go up to the light from the switch? This is considered a no-no and your inspector will not approve this.

In summary if you’re going to make any runs with #14 gauge wiring then stick to your lights and you’ll be good to go.

Here’s one of my favorite videos discussing the rough-in process. It doesn’t get crazy technical and it doesn’t get to the stage of installing switches and plugs, but here’s what it does cover:

Switches and plugs will make up part of your basement electrical runs, while lights will make up the other part. My AHA! moment came when I realized I couldn’t just begin my electrical run and start the wires in the closest outlet box or light. You have to think about what will need constant power (plugs) and what will need to be controlled through a switch (lights, fans, switched outlets). If you have any electrical runs in your basement that will include plugs, switches, and lights, you’ll have to start the run with your plugs and then move to the switch and lights.

Here’s a nice descriptive video which shows an electrician wiring a single pole switch to a light. This is a great start to understanding how to wire a switch and how it will get it’s power, either from an existing outlet or directly from your subpanel.